What Is Oxy Acetylene Welding?

Oxy Acetylene Welding is a type of Gas Welding Process that is used to join and cut the metals. It was developed by Edmond Fouche and Charles Picard, the French Engineers. In the name Oxy Acetylene Welding, we can observe two words oxy and acetylene; the word Oxy meant Oxygen, and Acetylene is the order-less hydrocarbon gas. So, the combination of oxygen and acetylene both are used to weld the metal parts. 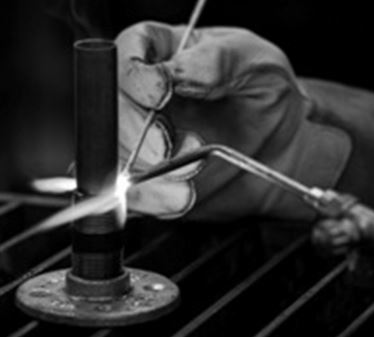 Oxy Acetylene is also called as Oxy-Fuel Welding or Oxy-welding, or Gas welding. Furthermore, in Gas Welding, various flue gases are used with addition to Oxygen which depends upon the material and its strength. Even though the gases vary, the components, and process of welding will be remain same.

The working principle of Oxy Acetylene Welding is simple in the process even though it is effective and efficient. The temperature of the flame is about 3,500 degrees centigrade. It uses the Fuel gases like Oxygen and Acetylene to weld the material.

In this process, the welding torch produces the high-temperature flame with the help of oxygen and acetylene. Due to the high flame, the metal that needs to be weld gets weak and melted, meanwhile, a filler material is used to fill the gaps between two workpieces. As the filler is cooled, the two workpieces will be joined.

The advantages of Oxy Acetylene Welding are

The applications of oxy acetylene welding are vast and necessary. They are

All the welding types are used to join the metal or non-metal parts but due to the metal properties, they are not able to join by particular welding processes. So, different types of welding processes are evolved and used. Even the oxy acetylene is necessary and used in only a few areas, it is not suitable for joining all metals.,